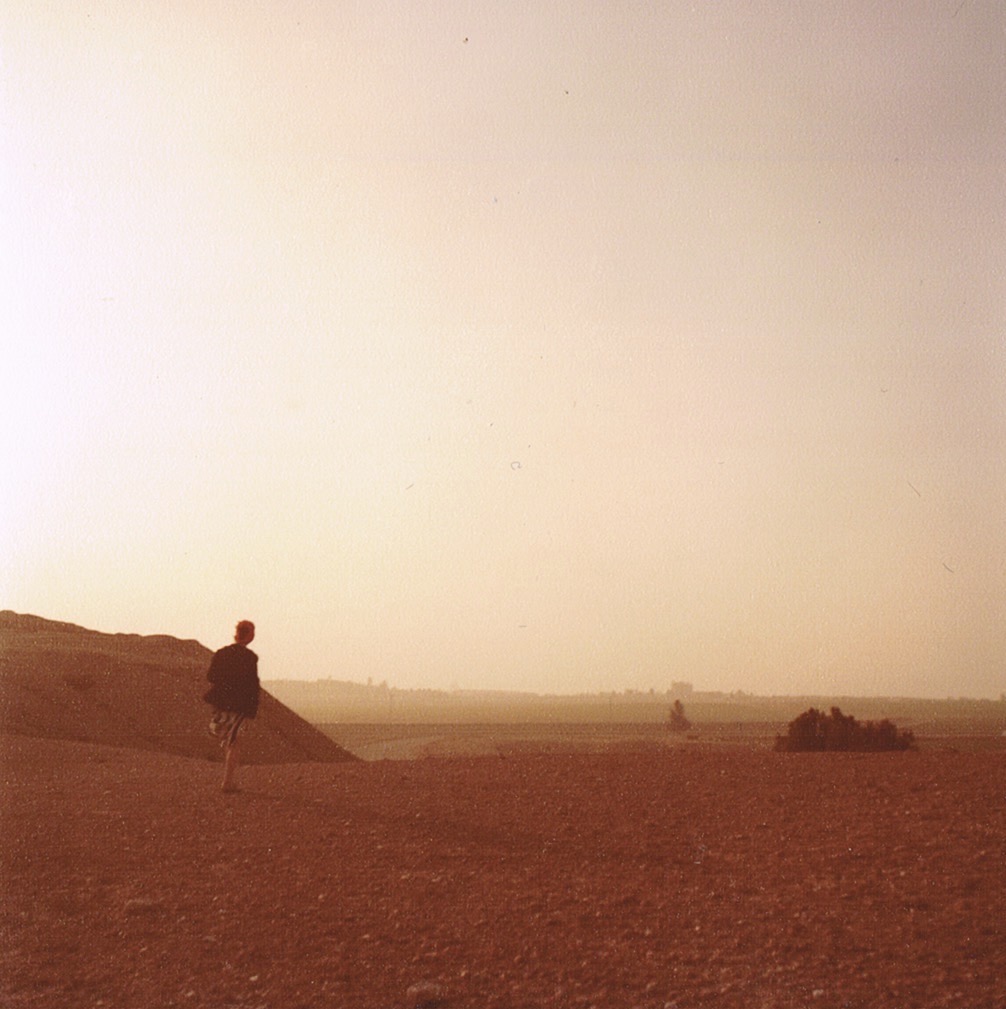 Fifth of July. Warm summer night. I can hear voices outside my bedroom window through the sound of the ventilator that’s humming on the floor. I’m listening to Joni Mitchell’s Ladies of the Canyon. The cover of the 1970 album depicts a black and white self-portrait of Mitchell with in the folds of her skirt the view from the window of her Laurel Canyon house. Her silhouette reminds me of the women in Tanya Tucker and Patsy Cline songs: former beauties walking around town or along the highway in the middle of the night, suitcase in hand, to say they love the lost “you” of the song. In A Field Guide to Getting Lost, Rebecca Solnit juxtaposes their nameless lovers, a faithless man, a dead husband, with the detailed landscapes in which these dramas play themselves out, the latter inevitably being the more enduring love of the two. Make me an angel that flies from Montgomery. We’ll wink at total strangers passing in Morning, Morgantown. He knows I’m gonna stay, California dreamin’. For those who lose the object of their love, a place is what remains, Solnit writes. You can’t go back in time, but you can return to the scenes of a love, and in some cases these scenes become the backdrop of a second draft of history, an imagined past you wish it might have been. The first half of David Lynch’ Mulholland Drive offers the protagonist a version of reality in which she is loved back, and in Once Upon a Time… in Hollywood Quentin Tarantino gives late actress Sharon Tate another chance at life. Both set in Los Angeles, the movies render the border between reality and fantasy increasingly permeable: one bleeds into the other like music playing in another room.

Sitting outside at my aunt’s apartment by the lake one summer night, I heard Tracy Chapman’s Fast Car playing next door. I had arrived earlier that day and on my way to the apartment smiled at the neighbor brushing his teeth in the sun. He paused and smiled back. That night I imagined him on the other side of the wall, listening to the song that, as my friend B. would later describe it, made me respond to the call. What was the call? I asked B., curious to hear how he perceived the fragile beginnings of love. To collaborate with chance, he replied. To pay attention. At the end of that summer I had more knowledge of water, of wanting, of fruit trees, of echoes and silences. I return to my aunt’s apartment each year, suitcase in hand. The you of the song has faded, the lake is there, clear and unchanged. “There’ll be new dreams / maybe better dreams and / plenty before the last revolving year is through,” Mitchell sings in Ladies of the Canyon’s closing song. A better dream, or at least a preferred version of reality, is portrayed by Tarantino’s film set in a time and place he created from memory. “Murder, revenge and passionate intrigue” says the voice on the radio that’s on whenever stuntman Cliff Booth drives friend and fading star Rick Dalton around LA of the 60s, passing hitchhikers, sunsets and drive-in cinemas. Cielo Drive transforms from a place where lives were lost to a place where lives are saved, and I think of the view from Laurel Canyon, held by a woman who’s only half drawn.

Weather reports and advertisements frequently interrupt the soundtrack to the fairytale that portrays much more than a simple “this is how it could have been.” Once Upon a Time illustrates that fantasy and reality aren’t two parallel lines running alongside one another but two bodies orbiting elliptically around a common center. The bodies in an elliptical orbit can never be at the same place at the same time. They are destined to pass each other’s line of orbit in opposite locations, thereby creating a realm of duality with at the center one still, beating heart. The question is then what is true for both the fantasy in which Sharon Tate lives and the reality in which she dies. What common center do these variations revolve around? There are things I have found that provide, if not answers, at least landmarks of some kind. There is a note on the last page of my copy of Solnit’s book that says: “a perfect tool of communication between two mysteries (you are the other one).” I could not remember what was meant by the tool and the mysteries and whether the “you” once might have referred to me. Then I saw a name and a date scribbled next to a fragment some hundred pages earlier and realized I had been here before. I know we go round and round on the carousel of time. I know we can’t return. I know when we pass each other we catch a glimpse of each other for as long as we can. I know it must be enough.

This essay is part of a series that explores cinema through the lens of the senses. 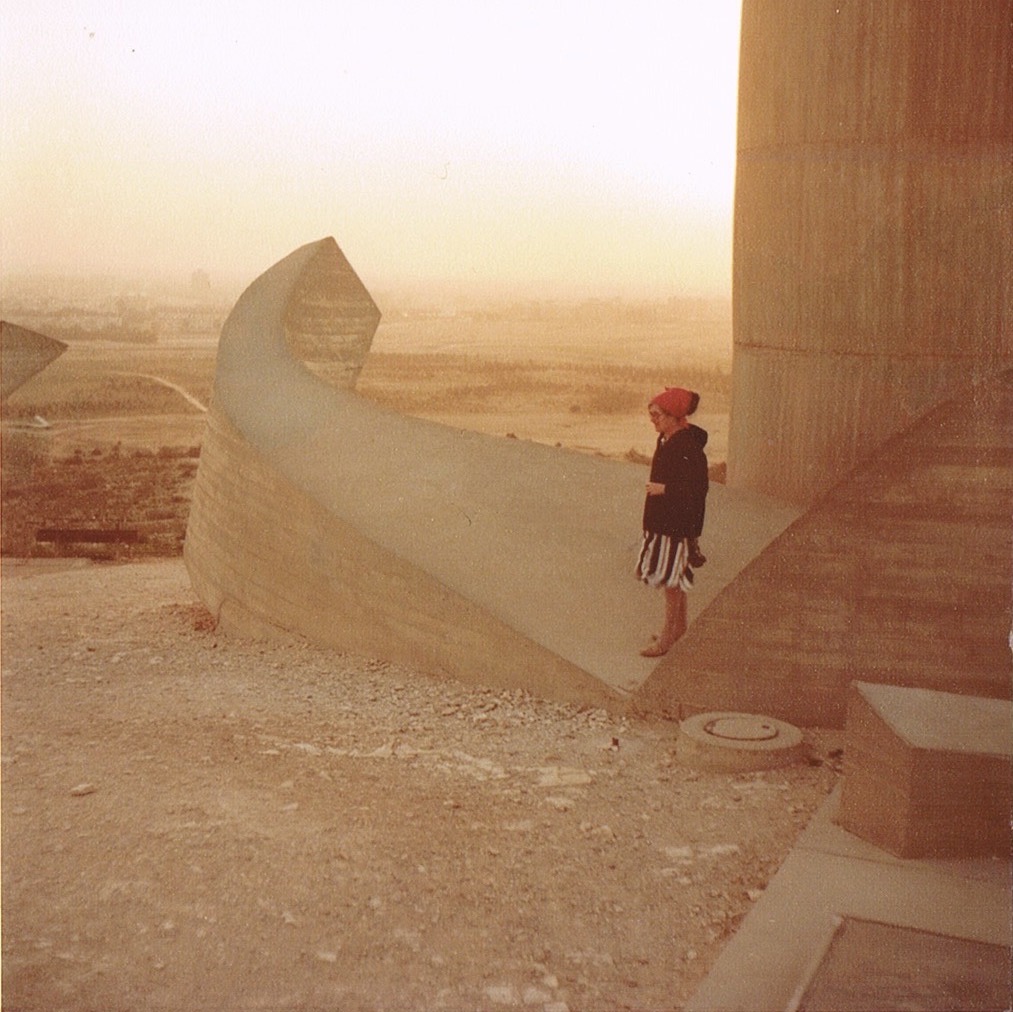 In Portrait of a Lady on Fire, Céline Sciamma portrays three women reading the Greek myth of Orpheus, a hero who journeyed to the underworld to plead for the return of his dead wife Eurydice. On the condition that he does not look at her on the journey out, Eurydice is allowed to walk behind him as they make their way back to the world of the living. Yet on the threshold between one world and the next, Orpheus turns around and loses Eurydice for a second time. The act of looking, particularly of the forbidden sort, has a power of its own: a stolen glance at a train station, a quick look in the rearview mirror of a car or interlocking eyes on the dance floor often mark cinema’s portrayal of silent longings. In David Lean’s Brief Encounter, a chance meeting at a train station makes a suburban housewife fall in love with a virtuous doctor when he is telling her about his passion for preventative medicine. Released in the 80s yet set in the 60s, Emile Ardolino’s Dirty Dancing shows dance instructor Johnny secretly looking in the rearview mirror of his car when resort guest Baby changes her clothes in the backseat. And when handsome vampire Jerry Dandrige enters a nightclub in Tom Holland’s 80s comedy horror Fright Night, he lures a young woman away from her boyfriend onto the dance floor just by gazing deeply into her eyes. Amidst the moving bodies his glance seems to ask: which one do you want, the promise of love or of danger?

Looking back, my attraction to these scenes was, much like the encounters they portrayed, immediate and intense. I was not only captured by the careful choreography of bodies, the slow motions of the camera and the shifts in colour and light, often accompanied by pulsing soundtracks, I especially felt drawn to the way the private was set in the middle of a train station, highway or night club in motion. The alternate dimension evoked by eye contact existed right there in public, unnoticed yet real. Looking at these characters looking at each other taught me something about desire, not for the distances you might never arrive in, but for the near at hand, a skin so close to yours that being looked at already feels like being touched. “As soon as I desire I am asking to be considered,” writes Frantz Fanon. “I am not merely here-and-now, sealed into thingness. I am for somewhere else and for something else.” I have often thought of the somewhere else of desire as the golden hour between light and dark, always becoming and un-becoming as the night draws near. No cinematic universe seems to express the twilight zone of fading love more explicitly than the Before Sunrise trilogy, Richard Linklater’s portrayal of two strangers who meet on a train to Vienna and decide to spend the remaining hours of their trips together, only to lose sight of each other afterwards. Some of cinema’s great passions have to die very quietly, and could just as well have been a dream.

The promise of love or the promise of danger: for many the proximity to others will include a certain reckoning with both. The act of looking as well as the distinction between public and private are, at the very least, highly gendered. When Laura Mulvey first coined the “male gaze,” it captured the deep-rooted, structural depiction of women and the world from a masculine perspective. “Men look at women, women watch themselves being looked at,” John Berger writes, thereby acknowledging how a woman, as both the surveyor and the surveyed, becomes an object of vision: a sight. Coupled with narratives of feminine vulnerability, a woman’s access to public space becomes a question not only of inhabiting it or not, but of not moving through that space alone. Which one do you want: femininity as domestication or as constrained mobility? The threat of violence has invaded my thoughts since I was a girl. With this in mind, I wonder if seeing the private manifesting itself in public offered me something else, another possibility. The acts of looking that cinema portrayed turned public space into something more intimate, where it became possible for the seen and the unseen, the forbidden and allowed, to appear simultaneously, if only for a moment. The golden hour must take place twice a day, and if we were to only open our eyes then, it could for a second be impossible to say if the world was moving towards the dark or the light. So we stand still at the in-between, and watch.

This essay is part of a series that explores cinema through the lens of the senses.